This week since I have broken my wrist and am unable to get out into the park for at least another couple of weeks a good friend and travel agent, Thyra Rutter has written a blog this week about her experience on a game drive during her stay with us at Fisi Camp. So, enjoy and I will be back just as soon as my wrist heals.

A silent cheetah stalks its prey. Waiting for what seems like ages to make a move. Watching, waiting until, at a precise moment the cat launches into a full speed chase! Using perfectly choreographed actions, the lead cheetah drives its unfortunate prey (a topi) from the safety of its herd. Suddenly, two other cheetahs join the fray, erupting from the bush like four legged rockets. The three cats, joined together in complex maneuvers, attack. One cheetah leaping at the topi’s haunches, a second going for the exposed flanks with the largest of the three sinking its claws and teeth into the neck. 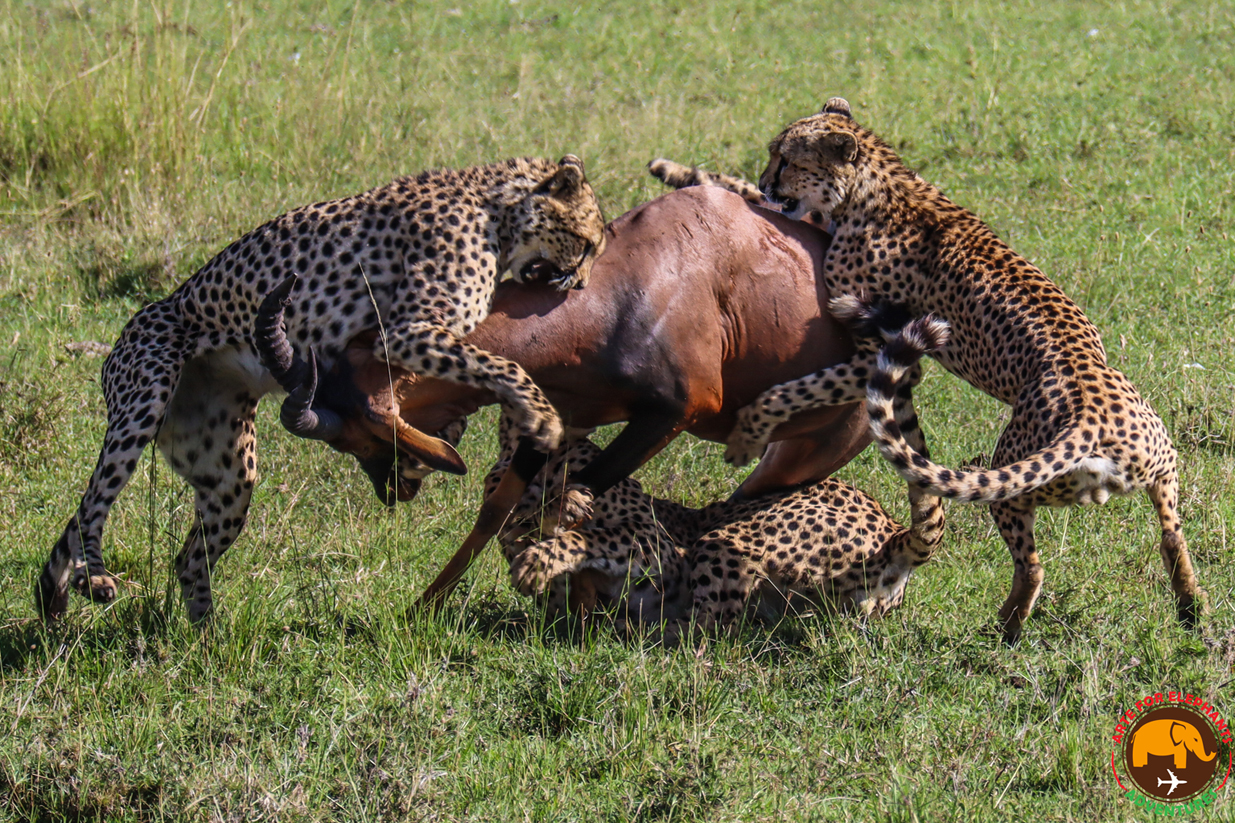 For the topi it’s a mercifully quick and dramatic end to life in the savannah, for the cheetahs a hard-earned feast giving them necessary energy to face another day and for our safari guests, it was the thrill of a lifetime.

There is no denying, a day spent in the Masai Mara is unlike anything else on earth. Endless skies oversee cycles of drama that have evolved for centuries 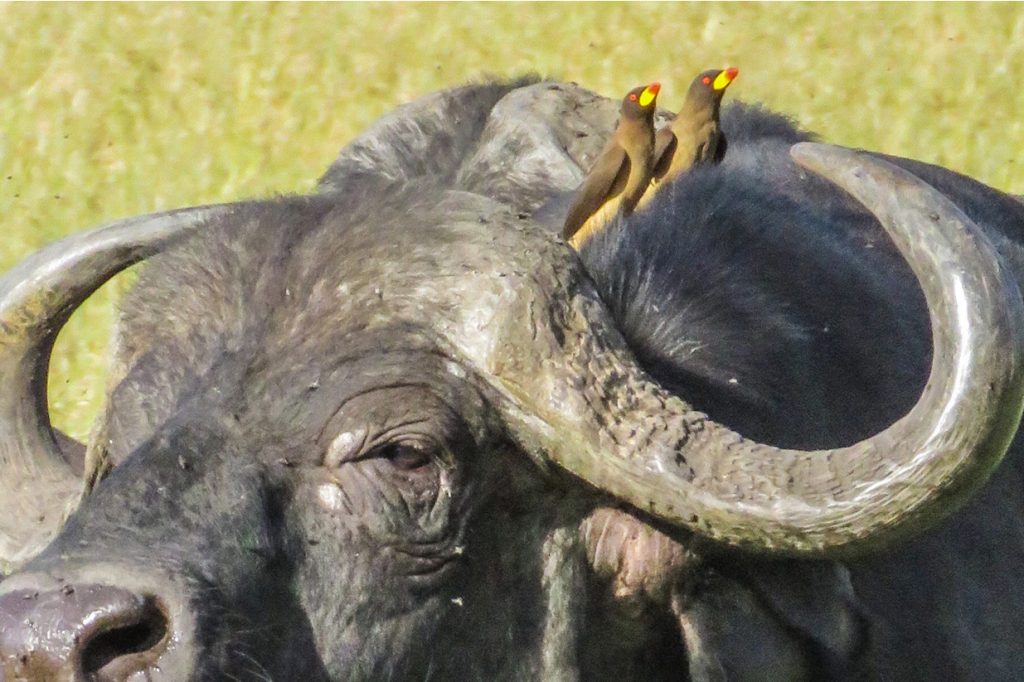 Predator, prey and somewhat surprisingly, partnerships all have a part to play in the natural rhythms of the bush. From humble oxpecker birds hitching free rides on cape buffalo in exchange for removing pesky (for the buffalo) and delicious (for the oxpecker) ticks off of their “taxi” to the unlikely alliance of wildebeest and zebra, the former with better hearing and the latter with sharper eyesight, the animal kingdom is held together by partnerships.

It doesn’t take a biologist to note that like wildlife, human lives are enriched beyond measure by trusted relationships.

AFE Adventures, is proud to partner with the incredible folks at Fisi Camp to ensure our guest experience a safari that exceeds their wildest dreams.

Turns out, we aren’t so different after all!

4 replies on “Success in the Savannah”

Wow !!! I feel honoured to personnaly know the best adventure writers ever !!! Again, really nice and amazing to read. Thank you.
Get better soon Marie

It WAS a trip of a lifetime for me. I cannot wait to return one day.

Everything about my trip to Kenya and the Masai Mara was extraordinary. One day I will return and my stay will be at FISI Camp.

Jambo,
Love your blog Thyra. Wonderful memories of Fisi camp.
Mary … I hope you have a speedy recovery.