We have the whole afternoon ahead of us so we leave the blackrock males sleeping and head off to try and find the blackrock females with their cubs. First, we check the rocky outcrops where they can usually be found but there is no sign of them. Alison rings a few people, but no-one has seen them today, so the only thing to do is to widen the search. This proves to be a little challenging as the park rangers have closed off many of the tracks around this area. Whether this is because of the state of the tracks or for some other reason I have no idea.

While we are cruising around, we do come across a few other animals like the family of warthogs to the side of the track, feeding in the long grass, as usual when they are disturbed, they stick their tails in the air and run, they do this to make it easy for other members of the family or group to follow. They run across the track and settle on the other side making sure they are a certain distance from us. As we leave the track for the main road, we see a solitary male warthog who is not so worried by us and is more interested in searching for insects and bugs that are crawling around in the mud.

Also fond of mud are Hyena, like the one here in the photo. They don’t look so good when covered in mud but the tendency they have to wallow in it helps them to cool down in the heat of the day and also to get rid of the insects and parasites that bite them. Just off the road to the right are a male and female ostrich, the male is the one with the black feathers. They are just enjoying the peace and quiet and look a little cross when we stop next to them.

Unless you are constantly looking out while on a game drive it is easy to miss something especially if it’s small, like this lovely, black shoulder kite, perched on the stump of a dead tree. When we stopped to watch him, Alison noticed he was eating something, looking through the binoculars I could see that it was a large field mouse, a favourite of this kind of carnivorous bird. He definitely didn’t like us being there, even though we were not too close, and he flew away with his prey in his talons.

We continued searching. In this particular area we are searching there is a lot of surface water which is quite deep in places, turning some of the grassland into swamp and the tracks into large pools. There was so much water on some of the tracks that a boat would have been a more appropriate form of transport. Perhaps that’s why we didn’t see any other vehicles during our search. After about an hour we were just about to give up when Alison saw lions resting in the shade of some bush. They were near a small river and between us and them the ground was a little soggy, so to get closer to them we had to be very careful.

It was the 6 females from the blackrock pride with all their cubs, 13 of them in total, and 4 different age groups. It’s nice to know that the pride hasn’t lost any of their cubs, generally less than 50% of lion cubs survive in the wild, often being victims of other predators, especially buffalo who will kill a lion cub without a second thought if he gets the chance. Abandonment and starvation are other factors. Starvation is not a problem for these little ones, the mothers look after them very well. In fact, they look as though they had eaten recently as their bellies are full. Alison points to two vultures in a tree nearby, this means there is a kill nearby.

While the adults rest and the cubs play with each other and feed from their mothers it looks such a tranquil scene, we decide to spend the afternoon here with them. Soon one of the females’ heads in the direction of the river, encouraging the little ones to go with her. She leads them to whats left of the carcass of a buffalo; it is mostly skin and bones. They must have caught this early in the morning and have already had their fill, this is what the vultures are waiting for, but the lions are not going to let them in easily, we see one of the lions chasing away a vulture as soon as he leaves the tree and tries to get close.

It is mostly a relaxed affair at the kill, since they are already full there is not too much competition, apart from one of the older cubs bullying one of the smaller ones it is all quite peaceful. Some are eating, one of the cubs gets inside the carcass, maybe he thinks there is more meat on the inside, but there isn’t. Some are just playing, and some go down to the river for a drink.

I was watching two of the cubs as they arrived on the scene, they caught my attention because they looked so alert, they appeared together, walking side by side and they stayed together, they looked so alike they could be twins, and it’s possible that they are twins, look at the photos what do you think? They went down to the riverbank to drink together, although one was more interested in drinking than the other, who just wanted to play.

They could see the carcass but had to walk a little way back down stream to find a place to cross that didn’t involve getting their feet wet. Once they were at the carcass they got stuck in straight away.

Getting wet feet didn’t bother all the cubs however, a few of them went to the edge of the water to see if they could jump across. Just like a domestic cat they shuffled a little, shifting their weight while sizing up the distance. Some decided no, it’s too far but two of the more adventurous cubs jumped, they didn’t quite make it, but landed in the water close to the opposite bank. After watching these two a third cub decided it’s not too deep and he just waded through. One of the cubs went further and decided to half submerge himself in the water, possibly to cool down. Lions are known for not liking water, but these cubs were having a great time.

Sadly, it was now time for us to leave and head back to camp.

My thoughts when we left camp this morning were that it didn’t matter what we saw, or didn’t see, I was just going to enjoy the day out. What followed was an incredible day where we got really close to both male lions and this fantastic family, the blackrock pride.

I couldn’t help taking photos of this group of Giraffe on the way home. 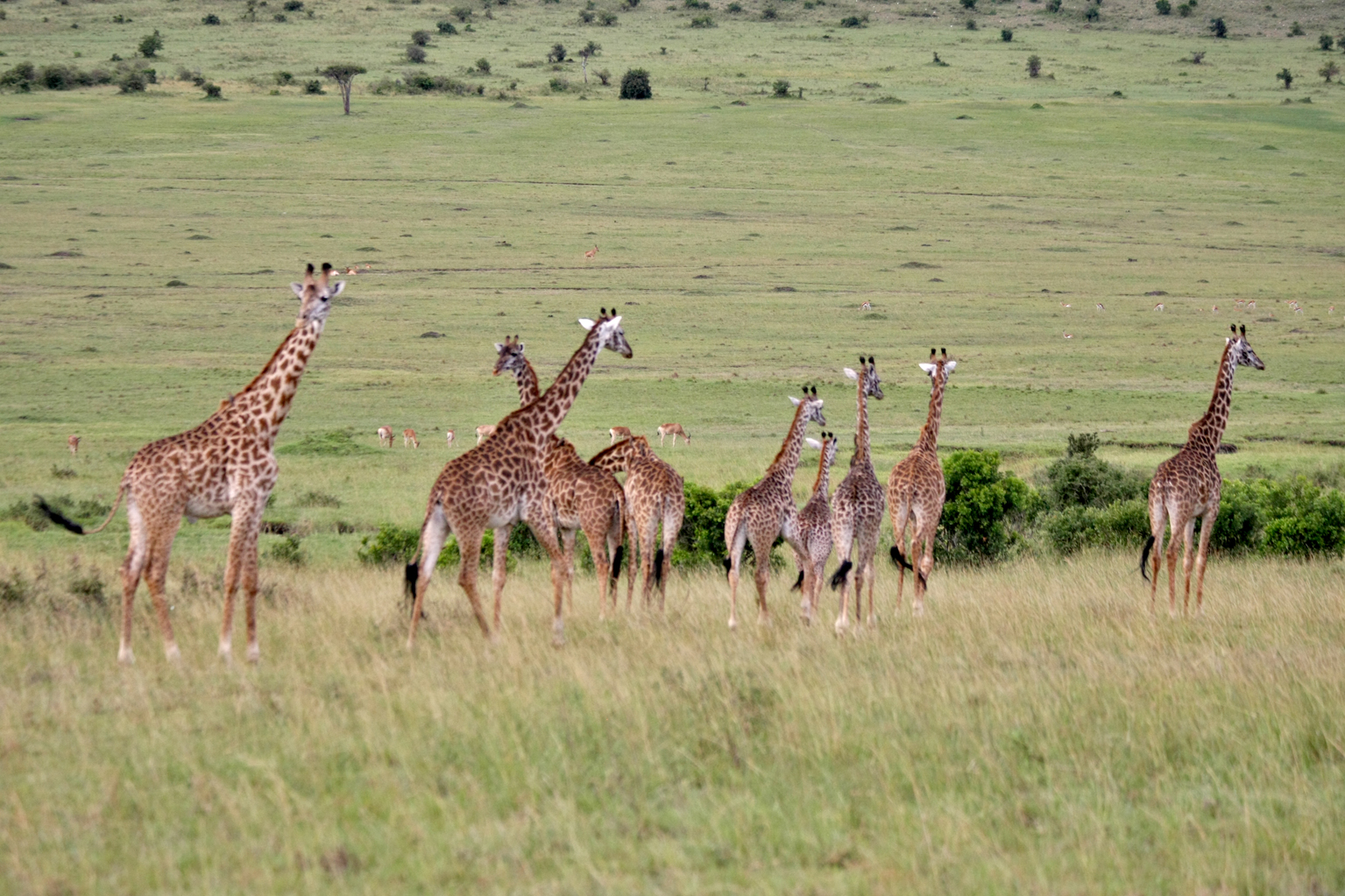 One reply on “Up Close and Personal part 2”

Thank you Ken. Wonderfully written and sooo exciting. I felt like I were with you. Amazing photos, too. You’re my favourite “wild”author. Big hugs